This scene has been removed from your cart.


You do not have enough in your acarray_not_empty to make this purchase.

Please choose how much you wish to deposit.

Not a member? Register here.
WARNING - This site is for adults only!
This web site contains sexually explicit material:


Sitting in the front room having a personal moment, Pablo is interrupted by Toot as he is looking for the stairs to the jacuzzi. When he wanders in on Pablo naked with a gorgeous hard dick, its pretty difficult for Toot to ignore him. So with a casual, "who needs the tub" the two are skin to skin, kissing madly and deeply as Toot is made to strip and handle business. Pablos dick is simply ROCK HARD. Impressively long, but its the girth that is an imposing challenge as seen by Toots loud and aggressive wimpers. He enjoys salivating all over the dick, head and balls. Hey might not get it all the way down his throat but he sure is cute trying. Later that night Pablo takes refuge in the warmth of the hot tub, joined by Prince Lee, Country Boyy and newbie QTip wit his huge dick and deep tight hole. Evening turns to early morning as the 4 make their way to the bedroom for a nighttime romp. #FH2022
#FH2022 "Fukin A Noisy Hole (Part 2)


Its finally here, Fuckhouse 2022. This 4 part series will take you into our massive set and meet the boys on the menu. In part 1 we start the weekend off with the steamy jacuzzi oral fest. They are just arriving and everyone is eager to taste some meat. Then we Segway to Captain Hook and Prince Lee in a sexy beatdown that leave the Hook with a face and mouth full of nutt. Lets begin with the rubdown. Prince takes his time putting his hands on every crevice on the Hooks slim petite smooth body. Hook drops to his knees and wraps his soft pink lips around Princes hard dick, swallowing it down fully like the head master he is, staring up at his brownskinned master. Prince could have buss right then but Hook knows when to pull off and keep the party going. Prince ultimately wants to sit his face on Hooks face and stroke his massive creamy cumload out. "Im bout to buss" he shouts and at that moment Hook pushes his tongue deep in Prince's hole and that was all it took. Prince explodes all on Hooks face swallowing and savoring EVERY drop! #FH2022 - OPEN YOUR MOUTH!
#FH2022 Open Yo Mouth (Part 1) 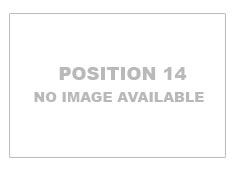 
It all started with a toast. Nightcap Fuck promises to be an exercise in oral excellence. There is NONE better than the legendary and sexy Rico Pruitt. As host for the 2022 Fuckhouse, he knows exactly what each guest requires and for Montanaa its that mouf work. Pour him up a drink and let it kick in nice and slow, the same way his lips move up and down Montanaa's dark chocolate fuck stick. "Wanna go upstairs, so we can get a lil more comfortable", he whispers to Montanaa as he holds his rock hard meat between his hands. Fast track as Montanaa is putting his things up, Pruitt has a few mins to finger, and stroke and imagine the ASS yes, ASS he gets from Montanaa, brief as it was the muscles in his hole clench tight around Pruitts stiff rod. Slowly stroking after a much needed kiss and slurp session. Fucked so good he rides a nutt out while bouncing on top of BIG Montanaa. This goes on for sometime. Then enters the new kid on the block. QTip. Hes a slim quiet, bashful freak until the clothes come off to reveal his 11inch monster dick. But wait this time he wants to get fucked by the greats. Pruitt and Montanaa take turns, sucking, eating and digging in his hole. These three not only have that organic chemistry that we look for in models, bu they look amazing as their beautiful slim toned bodies flex, pump and suck in unison showing off intense sexual desire.
#Fh2022 NightCap Fuck (Part 4)